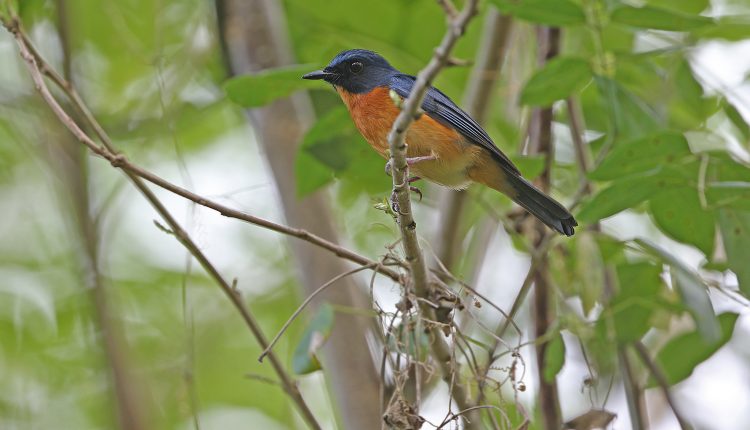 Brilliantly colored, noisy, and active during the day, manybirdsare easy to spot—and identify. In the past two decades, an average of fewer than six new bird species have been described every year in the entire world.

But 2020 will be different, as scientists have just announced 10 previously undescribed species and subspecies from threeIndonesianislands east of Sulawesi.

This amazing avian haul was collected over six weeks in 2013 and 2014 to themountainousislands of Taliabu, Peleng, and Batudaka, locations that were suspected to be hideouts for unknown birds, says study leaderFrank Rheindt, an ornithologist at the National University of Singapore. One reason is that 19th-century explorers, such as British naturalist Alfred Russel Wallace, did not spend much time on these islands.

“We were also particularly intent on visiting islands surrounded by deep sea. Because they have not been connected to any other land mass during the ice ages, they are very promising places to discover species not found anywhere else,” says Rheindt, whosestudy appears in this week’sScience.

Many tropical forest birds shy away from open areas, so that “a stretch of ocean or even a highway can prevent their movement from one forested area to another,” he says. The few birds that do accidentally end up on isolated islands, for example after they are blown out to sea by a storm, may give rise to new species. (Read about a new species of flycatcher previously discovered in Sulawesi.)

Two of the newfound animals are leaf warblers that belong to a group of small, insect-eating songbirds that live across the Old World. Others include the Taliabu myzomela, a type of honeyeater that feeds on a wide array of nectar and fruit, and the Peleng fantail, a bird that does its name justice by fanning its tail feathers when it is upset or alarmed.

Field biologistMochamad Indrawanof Universitas Indonesia was the first to collect and report the Peleng fantail but was not involved in the current publication.

“I really applaud the description of new species,” says Indrawan, who has worked with communities on the island to protect their forests for nearly 30 years. “They are very useful. But this is theage of extinction, the age of climate change, so I hope we can do more than that to protect these birds.”

During their expedition, Rheindt and colleagues relied on a tried-and-true method for tracking down birds: Their songs. Some were heard days before they were finally seen.

The first time Rheindt and colleagues hiked the mountains of Taliabu, they were hit with heavy rain and considered turning back. “Then I heard the typical insect-like chirping sound of a species of grasshopper warbler I had never heard before,” he recalls. (See beautiful pictures of songbirds.)

It would take a few more climbs to finally spot the tiny brown bird now named the Taliabu grasshopper warbler.

The team collected specimens of the birds, and back in the lab, carefully described their appearance and anatomy. The birds’ DNA and recorded songs were also analyzed to confirm the animals were different enough from any known species to be named a new species or a subspecies.

No place left to go

Since all these birds likely live nowhere else, they’re vulnerable to extinction, particularly due to wildfire anddeforestation, which has been rampant on these islands, the authors say.

Rheindt is especially concerned about the grasshopper warbler.

“We’ve only found the bird in a small patch of dwarf vegetation high up in the mountains, in an area quite vulnerable to wildfire. As temperatures and drought increase, fire risk will too, and this bird has no higher place left to go.” (Read why birds matter, and are worth protecting.)

Study coauthorDewi Prawiradilaga, a biologist at the Indonesian Institute of Sciences, adds that “we have to be optimistic that the publication of our discovery will help to keep the birds and their habitat safe,”

She hopes the Indonesian government will consider granting the newly discovered species and subspecies protected status.