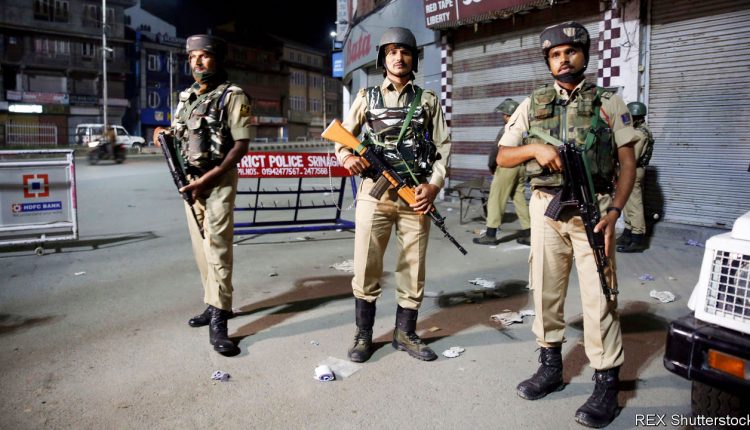 WITH BREATHTAKING speed, Narendra Modi’s government has acted to end the special status enjoyed by Indian-adminstered Kashmir. For 70 years this had given the disputed, Muslim-majority state of Jammu & Kashmir a limited degree of autonomy within India. Overnight on August 4th-5th phone lines and internet access in the valley of Kashmir were cut and the leaders of its political parties were put under house arrest. On August 5th a hefty package of proposed legislation was carried onto the floor of the Rajya Sabha, India’s upper house of parliament. It proposed a radical reorganisation of the country’s most troublesome territory, an age-old bone of contention between India and Pakistan. By afternoon the parliament had agreed to revoke Kashmir’s status as a state and divide it into two bits that will be ruled formally from Delhi, indefinitely. Kashmiris had been warned, as had the rest of India. Still it came as a shock.

Mr Modi’s Bharatiya Janata Party (BJP) has long argued that Kashmir’s special constitutional status is an error, as old as the Indian republic. In one night it pulled together a putsch involving the army, paramilitary forces, the cabinet and parliament, as well as India’s nominally non-partisan president. Mr Modi’s supporters, resentful of Kashmir’s exceptionalism, were jubilant; everyone else, including, importantly, Pakistan, apoplectic. The region is braced for strife.

A thick sense of dread was already hanging over the green alpine valley. A pilgrimage to a holy cave in the Himalayas had been under way, with Hindus from mainland India trekking under heavy guard to witness an annual appearance of the god Shiva. Two years earlier local jihadists had shot up a pilgrims’ tour bus, killing eight. Nonetheless it seemed eerie when Delhi ordered an additional 10,000 paramilitary troops into the valley in late July, for no particular reason. Anxious rumours swirled.

Mr Modi’s Hindu-nationalist government romped back to power with a towering majority in May. Tensions rose on August 2nd, when the army announced that it had come across a hidden cache of weapons near the pilgrimage route, including Pakistani-made mines and an American sniper rifle. The implication was that a terrorist attack might be imminent. The reaction was even more remarkable. The pilgrimage was for the first time in its history called off by the government, and non-Kashmiri civilians—tourists, aid workers, labourers—were urged to leave the state. Thousands jammed Srinagar’s airport, offering fortunes for seats on departing flights. Another 25,000 Indian troops were ordered in. Ordinary Kashmiris began to panic—not because they believed the warning about terrorism, but because they feared what India’s 600,000 or so soldiers in the territory, whom they regard as an occupying army, and the government in Delhi, might do next.

The former princely state of Kashmir has always been an uneasy bit of India. Jammu & Kashmir is composed of three main parts: Hindu-majority Jammu, in the foothills; the arid highlands of Ladakh, which has a Buddhist majority; and the sprawling basin with Srinagar at its centre that is home to the ethnic Kashmiris. The Muslims of the densely populated Kashmir valley are the most numerous. In 1947, when Britain ended its colonial rule of the subcontinent, the territory of Jammu & Kashmir, like that of Punjab and Bengal, was divided. The new republics, Pakistan and India, each took a part. Very quickly, the two countries went to war, each claiming all of Jammu & Kashmir for its own. The conflict ended in a stalemate that left two-thirds of the state, including the valley, under Indian administration, with Pakistan controlling the rest. India and Pakistan fought two subsequent wars over the region, in 1965 and 1999.

To absorb Kashmir into India, the architects of the federal constitution and local Kashmiri leaders spent years working out an unwieldy joint legal system. Only in matters of defence, foreign affairs and communications would India enjoy primacy. Everything else would go through Jammu & Kashmir’s own assembly, with a prime minister of its own. It is this clause of the Indian constitution, Article 370, defining this limited form of autonomy, that was gutted on August 5th.

In theory, changing the constitution requires a two-thirds parliamentary majority. With a bit of legal juggling the BJP contrived an easier way: the president they had appointed simply issued an order annulling Kashmir’s special status. The constitution might seem to allow this, if the state government were to agree. And since June 2018, when the BJP withdrew from a coalition government there, the state had been under what is called “governor’s rule”—ie, direct rule from Delhi. With Article 370 out of the way, a resolution was put before parliament to revoke Jammu & Kashmir’s status as a state and to carve out Ladakh as a separate entity. The manoeuvres are contentious and a legal challenge will surely end up in the Supreme Court. But there is considerable support for the move in India. The national opposition, such as it is, was caught off guard; even some parties fiercely opposed to the BJP supported the resolution.

Since 1989 insurgents, some of them backed by Pakistan, and campaigns against them have killed at least 45,000 people in Kashmir. By 1990 nearly all of the valley’s ethnic Kashmiri Hindus had been driven into exile. By the time Mr Modi became India’s prime minister in 2014, the conflict had become less intense. Since then it has steadily escalated. This has been Mr Modi’s main justification for abrogating Article 370.

Why now? A simple answer is that the BJP now feels it can. On the campaign trail in the past year, Amit Shah, the home minister and Mr Modi’s right-hand man, had promised to do something about Article 370. Speaking at the scene of a horrific incident of anti-Muslim violence in Jammu, Mr Modi had sworn that he would not “allow Muftis and Abdullahs to divide India”. He was referring to the two most famous political families of the state. Few people deny that administration in Jammu & Kashmir has been squalid for a long time, even by Indian standards. One of the many reasons offered for revoking Article 370 is that it will allow national governments in Delhi to sidestep the obstreperous dynasties that Kashmiris have kept electing.

In recent years Mr Modi has won much approval around India for military operations undertaken in and around Kashmir. In September 2016, a day of “surgical strikes” against Pakistani positions across the Line of Control achieved little of strategic value but was played up by the prime minister in election campaigns. It resulted in a patriotic Bollywood movie which was still humming at the box office when the general election campaign began in spring last year. In crass political terms, angry Kashmiris may be worth more as enemies than as voters.

Even before Mr Modi came to power, other governments had been hollowing out the provisions of Article 370. But among the few legal differences that still existed between Jammu & Kashmir and the rest of India was one that mattered: a provision clarified in Article 35A of the constitution, which provides the state government with the authority to prevent outsiders from buying and selling land. Along with Article 370, Article 35A has also been set aside. With fewer than 13m residents, living in some of the most beautiful lands on earth, Kashmiris have long been wary of immigration from the rest of 1.4bn-strong India. With their territory’s special legal status breached, Kashmiris worry that a demographic reorganisation may be next.