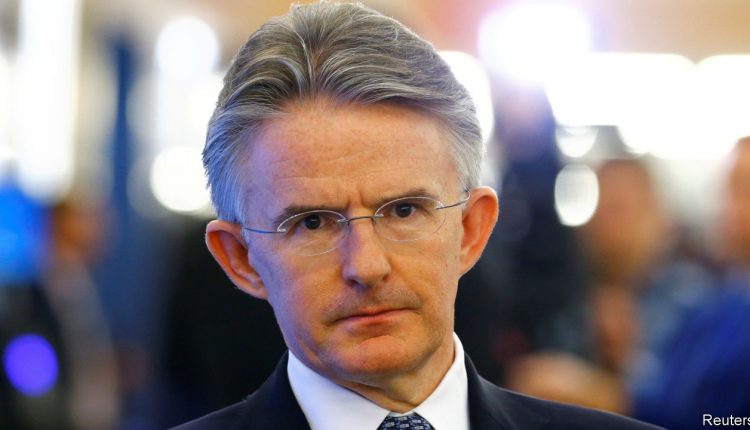 MARK TUCKER and John Flint (pictured above) always seemed an unlikely double act at the top of HSBC, Britain’s biggest bank. Mr Tucker’s first profession was football—he was on the books of Wolverhampton Wanderers, now a Premier League club—and you imagine he was robust in the tackle. He never made the first team, but instead became a star in the insurance business. He captained Britain’s Prudential and AIA, a big Asian life insurer, before transferring to HSBC, as chairman, in 2017.By contrast Mr Flint—slim, cerebral, with rimless spectacles—was an HSBC lifer, joining from university in 1989. He climbed the ranks in HSBC’s time-honoured way, running the retail and wealth-management division before becoming chief executive in February 2018.

On August 5th, to general surprise, HSBC declared that Mr Flint was standing down after just 18 months. Noel Quinn, the head of commercial banking, will take interim charge. The bank’s tradition has been to appoint its chief executives from within—Mr Flint’s predecessor, Stuart Gulliver, ran the bank for the last seven of his 38 years on the staff—but it will look externally as well as internally for a permanent replacement.

At first blush, Mr Flint’s ousting looks harsh. On the same day as it announced his departure, HSBC reported that its net income in the first half of 2019 had risen by 18.1%, to $9.9bn. Its return on tangible equity (RoTE), a standard measure of profitability, was a respectable 11.2%. In Asia, where it made almost four-fifths of its pre-tax profit, revenue grew by 7%. Not everything is rosy—the American businesss is flagging and will miss its RoTE target for next year—but all in all the record looks decent. Moreover, Mr Tucker told analysts that there was no disagreement about a strategy that was revised only in June 2018. Nor, despite the contrast in their characters, was there a clash of personalities.

So why did Mr Flint have to go? Although results are heading in the right direction, Mr Tucker thinks progress should have been brisker. He also sees more difficult times ahead and evidently believes Mr Flint is not the man to lead HSBC through them. Lower global interest rates—the Federal Reserve cut its benchmark rate on July 31st for the first time in more than a decade—are not good for banks. The geopolitical outlook is dicey too. Trade wars are not good for trade specialists like HSBC, and a Sino-American trade war is especially worrisome for a bank with Hong Kong and Shanghai in its name and its marrow. The board, Mr Tucker said, had decided that “a change was needed to make the most of the significant opportunities ahead of us”. Mr Quinn, he added pointedly, will bring “pace, ambition, decisiveness”.

Mr Flint may perhaps count himself unlucky. At Standard Chartered, another British bank with an Asian centre of gravity, the chief executive has so far had four years to knock the institution into shape. But Mr Tucker has brought an unwonted impatience to HSBC. It may just be for the best.