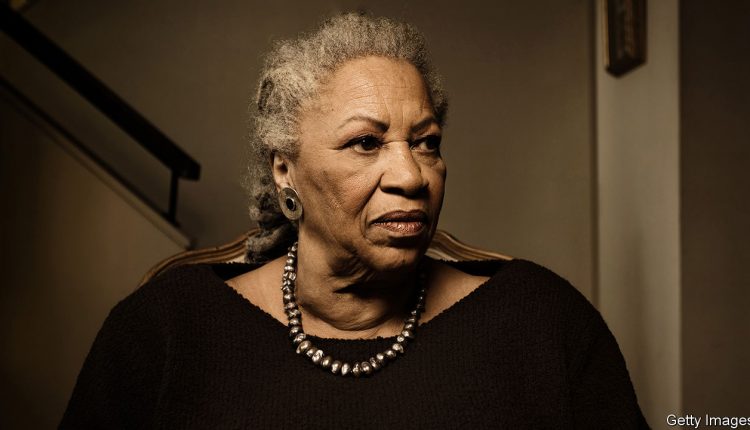 WHEN Toni Morrison began writing, there were no books about black girls. Nappy-haired, dark-skinned girls occasionally appeared in the margins, as a trifle or a punchline, but they were never the main event. Ms Morrison had also grown tired of seeing African-Americans put out books that felt like apologetic teaching tools for white people. “’Invisible Man’? Invisible to whom? Not me,” she would say. She craved stories that felt real and complicated and familiar, and she wanted them in the lyrical vernacular of poor black Americans. It was the 1960s and Ms Morrison was working as an editor at Random House in New York to support her two young sons (her ex-husband had wanted a more traditional wife). This meant she had to stay up late or wake before dawn to write the books she wanted to read.

It took years for Ms Morrison to bring to life the story of Pecola Breedlove, a black girl from a troubled home in Depression-era Ohio who prays for blue eyes. Only with such storybook eyes, Pecola believed, would she be worthy of more than disdain. “Her teeth were good, and at least her nose was not big and flat like some of those who were thought so cute. If she looked different, beautiful, maybe…they’d say, ‘Why, look at pretty-eyed Pecola. We mustn’t do bad things in front of those pretty eyes.’” But Pecola’s bad sense comes with bad luck and her tale is tragic: she is raped by her father and descends into madness. Her story is a kind of cautionary tale, narrated by a one-time friend who knew better than to believe that salvation could be had in a pair of glassy eyes.

Ms Morrison was 39 years old when “The Bluest Eye” was published in 1970. She wrote it because she wanted to explore how a child learns to internalise racism. She never expected more than a few hundred readers, so was flattered when her publisher printed 2,000 copies. But this slim novel, her most autobiographical work, has become required reading in classrooms across America. Ms Morrison kept writing, completing 11 novels, several essay collections and some children’s books before she died on August 5th at the age of 88. In 1993 she was the first African-American woman to win the Nobel prize in literature.

Although her ideal reader was often herself, her books are essential for anyone who seeks to understand what it is like to be black in a country founded on the presumed worthlessness of blackness. Only at the inauguration in 2009 of Barack Obama, the first African-American president, could she feel “powerfully patriotic,” as she put it. Mr Obama honoured her with the Presidential Medal of Freedom in 2012, and on her death wrote that her “writing was not just beautiful but meaningful—a challenge to our conscience and a call to greater empathy”. Oprah Winfrey, a talk-show host, called Ms Morrison “our conscience” and “our seer”. The text and subtext of the author’s work was always America’s legacy of slavery and the pernicious persistence of racism. Her characters knew as well as she did that the country had yet to recover from its original sin.

Her work was often popular and critically acclaimed, but her success surprised her. She did not call herself a writer until her third novel, “Song of Solomon”, won the National Book Critics Circle Award in 1977 and became a commercial success. She did not quit her job at Random House until she published “Tar Baby” in 1981 and sensed she could support her sons with her books. By 1987 she wrote “Beloved”, which many believe is her masterwork. It tells the story of a runaway slave who murders her baby rather than allow it to be captured. The novel won the Pulitzer Prize. Ms Winfrey starred in a film adaptation in 1998.

Before Ms Morrison left her day job, she used her nearly two decades as an editor to groom and promote African-American voices and narratives. She noticed that books by black people were rarely handled well by other publishers, and she felt a responsibility to make things right. “I want to participate in developing a canon of black work,” she explained. She worked with Angela Davis, Gayl Jones, Huey P. Newton and Muhammad Ali. In 1974 she gathered photographs, songs, letters and other materials to create a foundational chronicle of black American history from slavery through modern times, which she called “The Black Book”.

Ms Morrison did not see herself as a victim. She refused to be one. But she believed it was time for white people to reckon with their ugly fixation on melanin. In 1975, in a speech to Portland State University, she said: “It’s important, therefore, to know who the real enemy is, and to know the function, the very serious function of racism, which is distraction. It keeps you from doing your work. It keeps you explaining, over and over again, your reason for being. Somebody says you have no language and so you spend 20 years proving that you do. Somebody says your head isn’t shaped properly so you have scientists working on the fact that it is. Somebody says you have no art, so you dredge that up. Somebody says you have no kingdoms, so you dredge that up. None of that is necessary. There will always be one more thing.” As she explained nearly two decades later to Charlie Rose, an American television journalist: “If you can only be tall because somebody’s on their knees then you have a serious problem.”